A classic Werewolf (aka Mafia) game built out of a Discord server and an agitated bot running on gasoline fumes and pitchfork juice. Highly entertaining if you have nothing better to do. Games run at 2200 UTC. 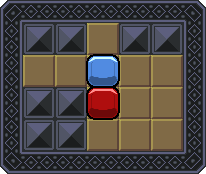 This is a puzzle game that I've been mucking about with. Now it's available to play on the web using emscripten. You'll need a WebGL 2 compliant browser to play it, so it'll only work if you're on a system that promotes open standards.

I still need to implement saving, and to refine the levels into a balanced and ordered sequence. At the moment, they're just randomly organized and some of them really suck. Oh well.

I am making a 4.5 dimensional game called Hypersurface. It is set in the three dimensional surface of a four dimensional hypercube (or tesseract). The game features a bizarre rendering engine that can view the same object from multiple angles at once due to the folding in 4D space.

Meet me in real life and I will show you the tech demo. I don't work on this much because it's extremely complex.

A flower arranging puzzle game where you move flowers around and observe their locations.

I made this game to test if my laptop works (it did). 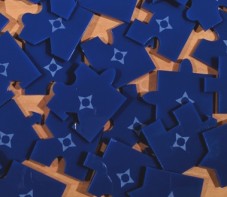 This is a 25 piece jigsaw which I designed. It's tricky, and you need to use your noggin to complete it. You can currently get it from Pavel's Puzzles (I think).

At some point I would like to provide a print and play version of this. I would also like to manufacture my own production run. Both of these are contingent on me being full of an absence of laziness, so they might not happen soon. Feel free to prod me if this is of interest to you.

A bizarre reality-bending puzzle platformer where the concept of space and position are examined. I worked on this February-September 2016. It was written in C++ with SFML and Lua. Music is by Dustin van Wyk with the voice talents of Richard Taylor.

This is a two vs. two social deduction card microgame. Check out the print-n-play cards, the rules and you can even purchase a printed copy.

A twisty puzzle game where you have to restore a group of marbles in to their original state. Much like a 2D version of the popular Rubiks style puzzles. Written in C++ with Qt. 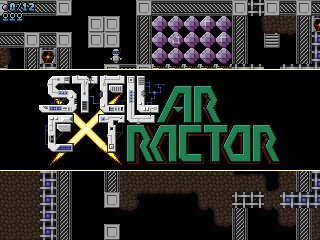 A retro puzzle action game. Adventure through space, fight robots, aliens and dangerous machinery, extract the loot and get out alive. This game is only for the most daring of space-adventurers.

This was something I threw together in my spare time in 2011, after I had a vivid dream about it. It was written in C++ with SDL. Music is by AnEnemy productions.